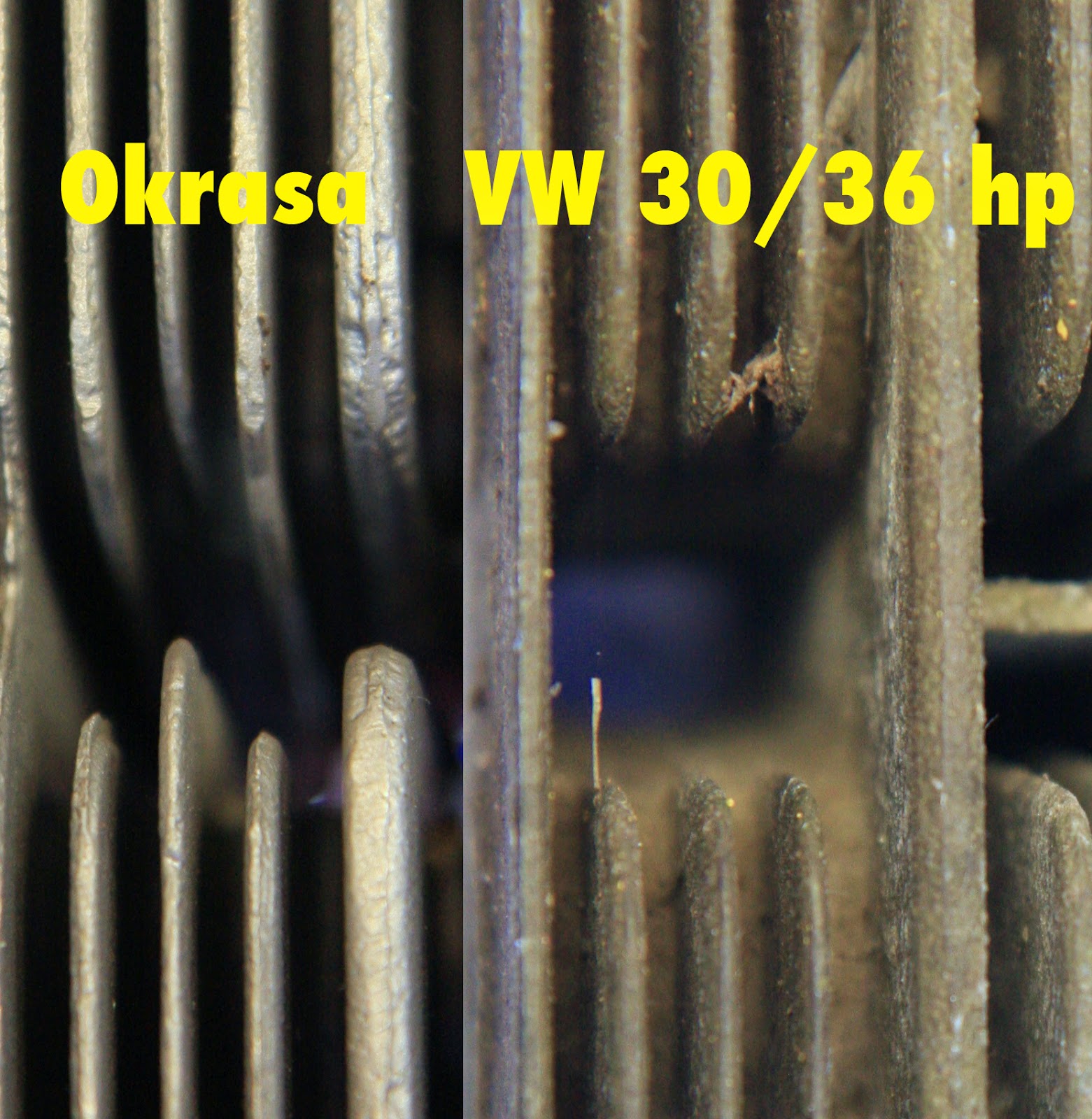 When it was time to assemble the thermostat I realized there was no room for the rod through the Okrasa heads. After consulting friends with Okrasa knowledge the simple answer was that they were meant to be run without a thermostat.

As I have learnt that the thermostat is important and you shouldn't remove it I got a bit doubtful. First thing to check: What about the 356 engine? Well, it seems as Porsche didn't use a thermostat either. Later models had one for letting warm air into the air filters when the surrounding temperature was below 23-24 degrees Celsius, but that's a totally different thing.

I guess the design rational behind it was that a VW owner saw his car as a workhorse and expected it to be ready for full use from the start. The Porsche owner was probably perceived as being a bit more understanding about the need to warm up the engine before putting load to it. Thus a thermostat was not that important. The same reasoning could also be used to explain why VW's had choke and the Porsche didn't.

Whatever it is I have taken the bold decision to run my engine without thermostat. I promise I will let the S-engine warm up properly before torturing it.

Above you see close-ups of the Okrasa and the stock heads. The latter has a nice passage for the rods where Okrasa has longer cooling fins instead.